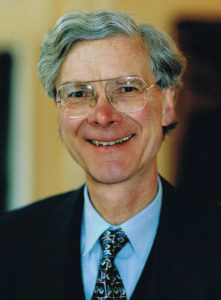 The Rome Foundation established an award for the most cited paper in memory of Ken Heaton MD, former Consultant Physician at the Bristol Royal Infirmary and Reader in Medicine at the University of Bristol.

The Rome Foundation will award a $1000 prize each year for the most frequently cited publication on functional gastrointestinal and motility disorders. This award is named in honor of Dr. KW Heaton whose legacy to the study of the functional gastrointestinal disorders began with his early, novel suggestion that the irritable bowel syndrome (IBS) could be diagnosed by history without exhaustive testing. That idea inspired what became known as the Manning Criteria. Three of four Manning criteria survive in the Rome IV criteria for IBS. He also made possible the first epidemiologic survey of the disorders, and invented a visual metric on human stool characteristics that is incorporated into the Rome III IBS criteria. Thus, Ken’s early concepts of the 1970s underlie IBS criteria to the present time. Dr. Heaton had other career successes as well – research and a book on bile salt physiology; monographs, collaborations, books and book chapters on the IBS; and seminal papers on dietary fiber. His many trainees and international colleagues remember him as a thoughtful, kindly doctor, clinician and clinical investigator. Finally, Dr. Heaton developed the well known Bristol Stool Form Scale now used in most clinical trials of IBS and also applied in clinical care.This award commemorates Dr. Heaton’s work that inspired The Rome Foundation’s pursuit of international diagnostic criteria for functional gut disorders.

The Ken Heaton Award will be made at Digestive Disease Week 2018. The winning paper will be selected from all papers describing original research on functional GI and motility disorders published in the calendar year two years prior to the Digestive Disease Week at which the award is made. Reviews will not be eligible for the award.